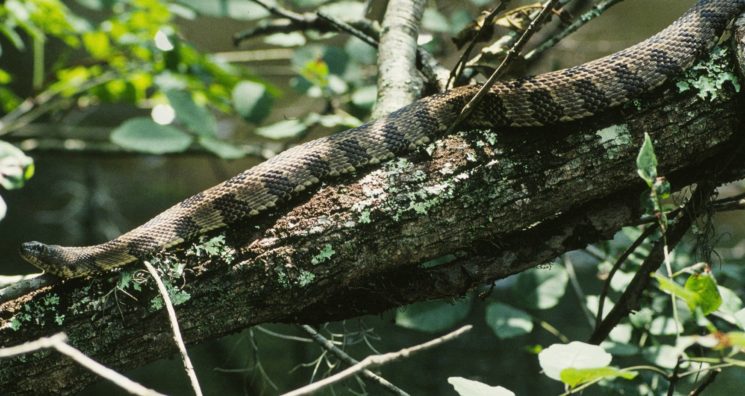 All contributions will be collected automatically until Dec 11, 2019, 8AM EST.

Snake populations, like other vertebrates (e.g., fish, mammals, and birds), are believed to be declining globally. There are likely a variety of factors contributing to these declines, including habitat degradation, pollution, and disease. However, relative to other taxa, there are a lack of studies that seek to understand the impact of human activities on snake populations. Snakes have important roles in food webs, serving as both vital predators and prey within their respective ecosystems. Thus, it is necessary for biologists and ecologists to evaluate the threat of human disturbances on snake health. 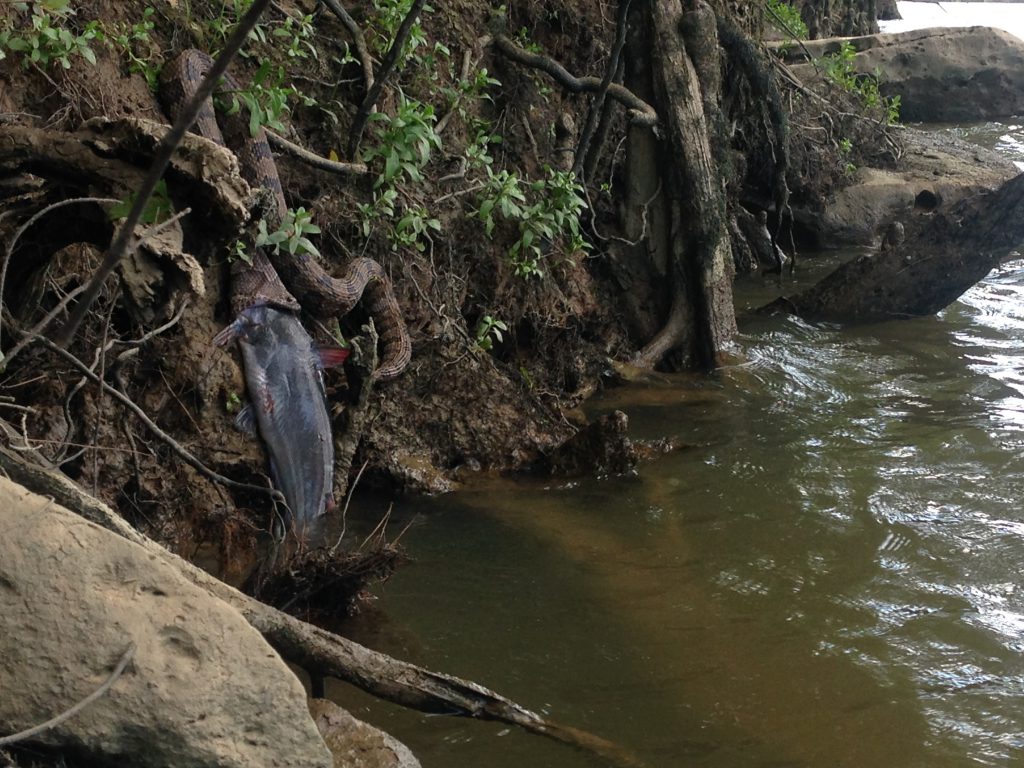 In 2016, we initiated a research project that seeks to determine the utility of watersnakes (Nerodia spp.) as sentinel species for mercury and radiocesium contamination on the Savannah River Site. Specifically, our studies focus on evaluating burdens of these contaminants in brown (Nerodia taxispilota) and Florida green watersnakes (Nerodia floridana) and how these pollutants may impact their health. 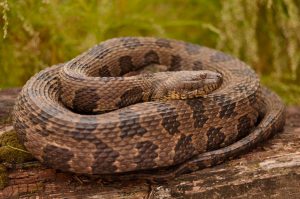 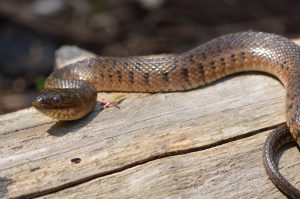 Fishing is a popular pastime in the southeastern US, including along the Savannah River and surrounding ponds and lakes. Many sustenance fisherman rely on their catch as a part of their diet. Favorites of local anglers include: sunfish (Lepomis spp.), largemouth bass (Micropterus salmoides), crappie (Pomoxis spp.), and catfish (Ictalarus spp.), all of which are preyed on by brown (catfish specialist) and green watersnakes. Brown watersnakes are the dominant aquatic snake species found in riverine and stream systems, while green watersnakes are more common in lakes and reservoirs.  Both watersnakes and humans can ingest contaminants through dietary fish consumption, and over time, may accumulate high enough levels to compromise their health. 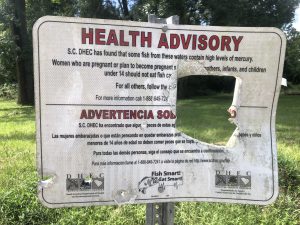 Our project will seek to answer how mercury and radiocesium may alter parasite loads, immune status, and/or susceptibility to emerging pathogens (Snake Fungal Disease). Furthermore, we will also be able to determine what characteristics (e.g., size, sex, location in proximity to known sources of pollutants) may make an individual more likely to experience these effects. Ultimately the goal of our project is to have the potential to further knowledge on how animal, ecosystem, and human health are linked. 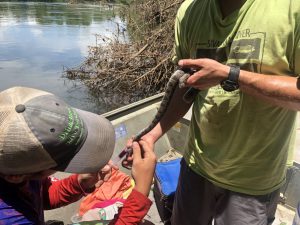 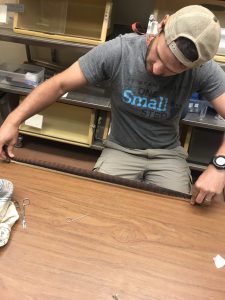 The Savannah River Site (SRS) is a Department of Energy facility in west-central South Carolina. The SRS historically produced nuclear materials for defense purposes. Reservoirs that were built to cool the reactors still contain trace amounts of radionuclide contamination. 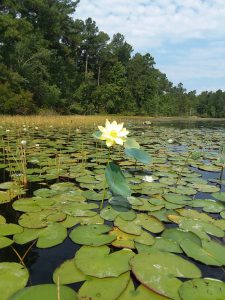 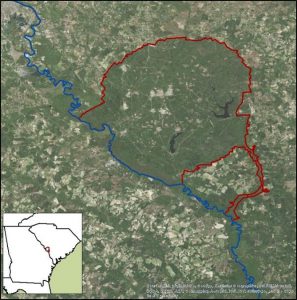 The SRS supports a diversity of aquatic ecosystems, including isolated wetlands (Carolina bays), streams, and bottomland hardwood swamps. In addition, the Savannah River is a public river that borders the SRS. Major streams on the SRS feed directly into the Savannah River. Site operations and upstream activities (agriculture and industry) have resulted in a small proportion of these waterbodies being impacted by contamination. Due to the large number of isolated wetlands onsite (> 200), there are many unimpacted wetlands/waterbodies that can serve as reference sites for our studies. 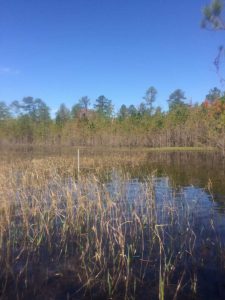 The Savannah River Ecology Laboratory (SREL) is located on the SRS and is a research unit of the University of Georgia. It is also the nation’s first National Environmental Research Park. Famous for its long-term ecological research, SREL is particularly well-known for its studies regarding the effects of site operations on wildlife.

Check out this video (start at 11:10) to check out how we sample our snakes and how they can better inform us on the health of our environment!

What your contribution will support 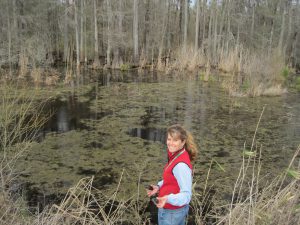 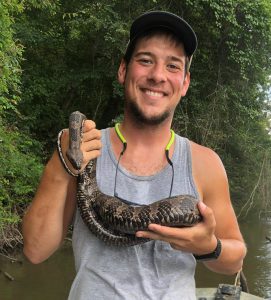 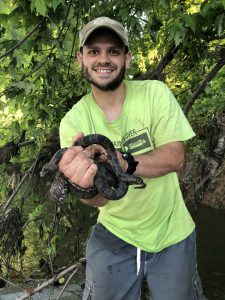 Kyle Brown is a graduate of the University of South Carolina Upstate in Spartanburg, South Carolina where he received a Bachelor’s degree in Biology. He is now pursuing his M.S. degree with Dr. Tracey Tuberville at the Warnell School of Forestry and Natural Resources and the Savannah River Ecology Lab.