Giving Voice to the Voiceless 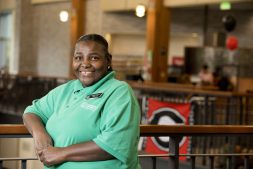 Say Thank You to Miss Sandra

On November 20, Miss Sandra Patterson retired from full-time employment at UGA after 3+ decades of selfless commitment to students and the community. […]

Giving Tuesday is a national day to pause and take time to support the nonprofit causes that mean the most to you.  While we encourage your philanthropy to any organization, we also trust that […]

Due to COVID-19, this year’s PSO Day of Service will focus on ways that PSO can give back to the community via contactless donation and […]

For two weeks, we are asking our community of alumni and friends to join together and make an impact. With your support we can reach our goal of 50 gifts to provide dynamic professional development opportunities and […]

OVERVIEW Amidst so many societal struggles—racism and racial inequality, gender violence, global health crises, ecological disaster, and threats to democracy—truthful and powerful storytelling has never been more necessary. Likewise, Peabody’s […]

For 24 hours, we are asking our entire community of alumni, friends, faculty, and staff to join together and make  an impact on UGA Engineering. In a year marked by unprecedented challenges, it’s more important than ever […]

Show your #AdPRide and help us reach our goal of 75 donors! Last year, the incredible generosity of alumni and friends propelled our first-ever AdPR Week giving campaign in support of Advertising and Public Relations students. […]

BUGA Class of 2010 celebrates 10 years through giving It’s been 10 years since we graduated our beloved alma mater, University of Georgia. UGA has contributed to our professional […]

For 24 hours, we are Calling All Dawgs to join the movement and make an impact. Show your SPIA pride by making a gift on Giving Day.

2020 has been a challenging year. We are in the midst of a pandemic, students are returning to campus, pharmacists […] 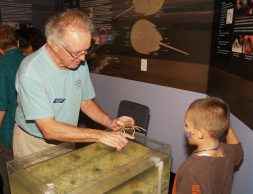 Every year UGA’s Marine Education Center and Aquarium serves over 6,000 students through onsite marine science programs, and we love teaching them! This year, however, there is a real possibility that many schools will not be able to able […]

We are experiencing unprecedented times. COVID-19 has had an impact on every community across the country, and the magnitude of the human and economic repercussions continue to […] 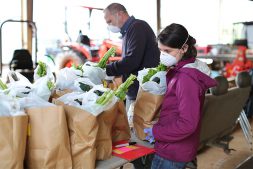 Thanks to an amazing outpouring of support from the UGA and Athens area community, on April 23 we reached Campus Kitchen’s short term goal of $12,500 in support to continue providing meals into July.  Thank you!  Now, we’d like to expand […] 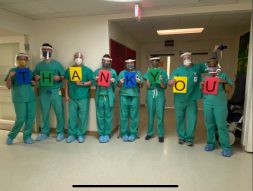 As hospitals around the country face shortages of personal protective equipment, UGA faculty and staff across campus are collaborating to address […]

HONOR A GEORGIA GROUNDBREAKER Mary Frances Early (Music Ed. ’62, Ed.S. ’67) played an integral role in the campaign for racial equality that helped open the doors for generations of students at the University of […]

Overview Support one of the University of Georgia’s cultural gems on the second-annual Peabody Giving Day on Thursday, November 14. This year, we’re paying tribute to the late Barry Sherman, former director of the Peabody Awards (1991-2000) and […] 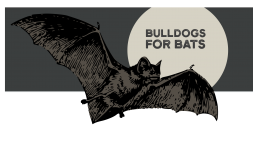 OVERVIEW Bats face a lot of obstacles—White-Nose Syndrome, impact from wind energy, habitat loss, pesticide use, and climate change, just to name a few. Due […]

Commit to Pharmacy. Commit to UGA.  On September 25, World Pharmacists Day, we are asking our entire community to make a […]

Join us for our Fourth Annual SPIA Giving Day! For 24 hours, we are asking our entire community to join […] 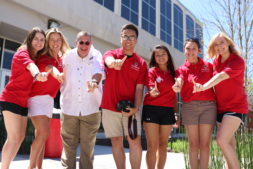 Join Grady for our fourth annual Grady Giving Day! In celebration of Grady’s birthday, we are creating the single largest day of giving in the College’s lifetime. For 24 hours, we are asking our […]

In honor of the 50th anniversary of the Zeta Psi Chapter of the Delta Sigma Theta Sorority, Inc., we are raising funds to establish a Georgia Commitment Scholarship at the University […]

In July 2019, the University Theatre’s production of Peas, Pierre Pathelin, and Purgation, or Three Farcical Arts of the Deal is invited to perform for the sixteenth triennial colloquium of the Société Internationale […] 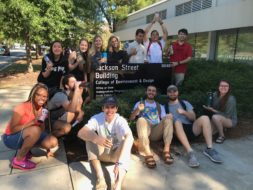 On Thursday, September 20 at 6:00 pm, we will kick off the third annual SPIA Giving Day! For 24 hours, we are asking our entire community of alumni, students, faculty, staff, and friends to join together and […]

The College of Education Celebrates 110 Years of Service

Help the College of Education celebrate our 110th first week of classes with 110 gifts in 110 hours! This year marks the 110th anniversary of the […]

Theatre and Film Studies students at the University of Georgia spend many of their waking hours in classrooms, rehearsal studios, shops, labs, and onstage […]

Join Grady on June 12, 2018, for our third annual Grady Giving Day! In celebration of Grady’s birthday, we are creating the single largest day of giving in the College’s lifetime. For 24 hours, we are asking our entire […]

It began with their courage, it continues with our commitment. Beginning Friday, June 1 and continuing through Monday, June 4, the Black Alumni Affinity Group is hosting its inaugural Giving Day to commemorate the first three Black graduates of the University […] 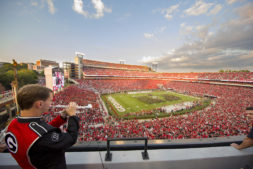 The College of Education Student Ambassadors is a highly selective group of 65 outstanding students who serve as official hosts and representatives for the College. The ambassadors promote pride in the […]

Every summer, rising students in grades 3-12 have an exciting opportunity to improve their literacy skills right in their backyard at Clarke Central High School. During this annual camp, students work with Red […]

The Michael J. Hendrickson Scholarship Fund About The Fund MICHAEL JEFFREY HENDRICKSON was born in Augusta, Georgia on September 12, 1984 and died unexpectedly on December 1, 2007 at age 23. He was a student in the 2006-2007 Recreation […]

About Camp DIVE During the month of June, an exciting summer program will be available to students enrolled in the Clarke County School District in Athens, Georgia. Camp DIVE (Discover, Inquire, Voice, and Explore) is a partnership […]

Meet Lexi Lexi came to UGA when she was just 3 years old for a sudden onset of seizures. Magnetic resonance imaging […]

For over 100 years, the University of Georgia’s Redcoat Marching Band has served as the soundtrack to Fall Saturdays in Athens, and made a permanent mark on all who proudly […] 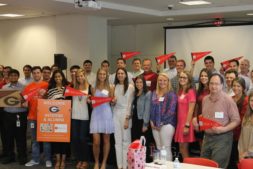 We are calling all The Home Depot Employee Bulldogs to support this endowed scholarship! Donate today to double your impact with matching gifts from The Home Depot. 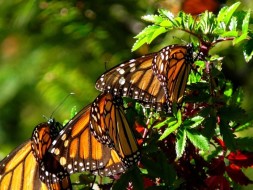 Check out the most up to date information here. North American monarchs are famous for undertaking the longest-distance two-way migration of any insect species in the world, traveling each fall from […]

The Translational Research and Medicine (TRAM), Veterinary Neuropathology fund was founded in loving memory of Tram, a wonderful English bulldog, who belonged to Dr. […]