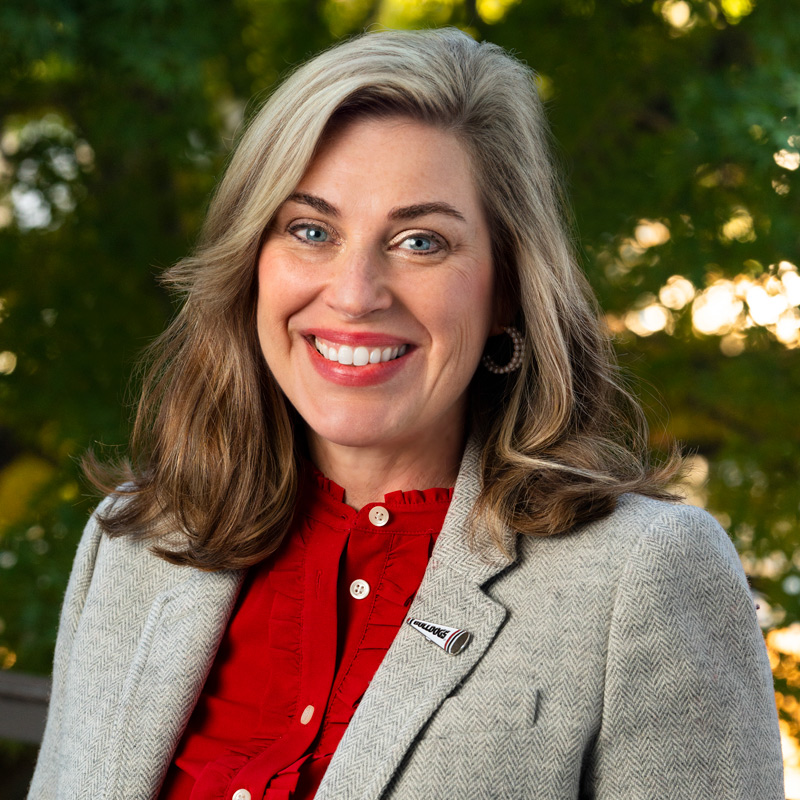 Meredith Gurley Johnson (BSFCS ’00, MED ’16) has worked in higher education advancement at the University of Georgia since 1998 . Before joining the Office of Alumni Relations in 2001, Meredith worked in the central Development office and served as the alumni relations coordinator for UGA’s Franklin College of Arts and Sciences.

In 2001, Meredith moved to Atlanta to work for the UGA Alumni Association as its first Atlanta program coordinator based out of the original Atlanta Alumni Center located in the heart of Buckhead. Over the years, Meredith has put various signature programs into place such as the Bulldog 100 and 40 Under 40. In late 2014, she was named executive director of alumni relations, overseeing all UGA Alumni Association engagement activities, including student engagement programs, young alumni outreach, regional programs, and collaborative projects around campus.  Meredith enjoys leading the team of alumni relations professionals and volunteers that make up the UGA alumni family.

Meredith is a proud double Dawg, earning a Bachelor’s degree in Child and Family Development and a Master’s in Adult Education from UGA. As a student, Meredith was an active member of Gamma Phi Beta sorority, serving as membership vice president.

Meredith lives in the Atlanta suburb of Sandy Springs with her husband, two children, and golden retriever.